Some thoughts on fiction, money, politics and power

Where is all the original narrative fiction in VR?

I like to work with imaginative fiction - speculative and genre fiction, magical realism, supernatural mysteries, science-fiction, westerns, rom-coms, horror… you get the picture. I’ve started saying that out loud when I introduce myself as an artist, because I noticed I was more often being asked to work on domestic, social realist, historical or biographical stories.

This partly comes from people assuming I will connect with certain things purely because I am a brown woman (*emphatic headdesk*). But it also comes from a trend in recent years towards more journalistic, statement-driven, storytelling. Stories about how things are, rather than how things are not, or how things could be.

It is, without question, vitally important to see the world as it currently is. But to do that only, is to see only – and arguably to reinscribe – the power structures, dominant assumptions and circumstances of the world as it currently is. It’s why I’m more often asked to work on stories about arranged marriages, than stories about space travel. Because brown women don’t go into space, right?

Ursula K Le Guin talks about the best imaginative fiction – from the naively hopeful tone of early Star Trek, to the complex and ambiguous explorations of Philip K Dick or Carol Emshwiller – as coming from the same impulse: “the impulse to make change imaginable.”

And if Kalpana Chawla is still the only South Asian female astronaut listed on Wikipedia, then perhaps we need to imagine that change. 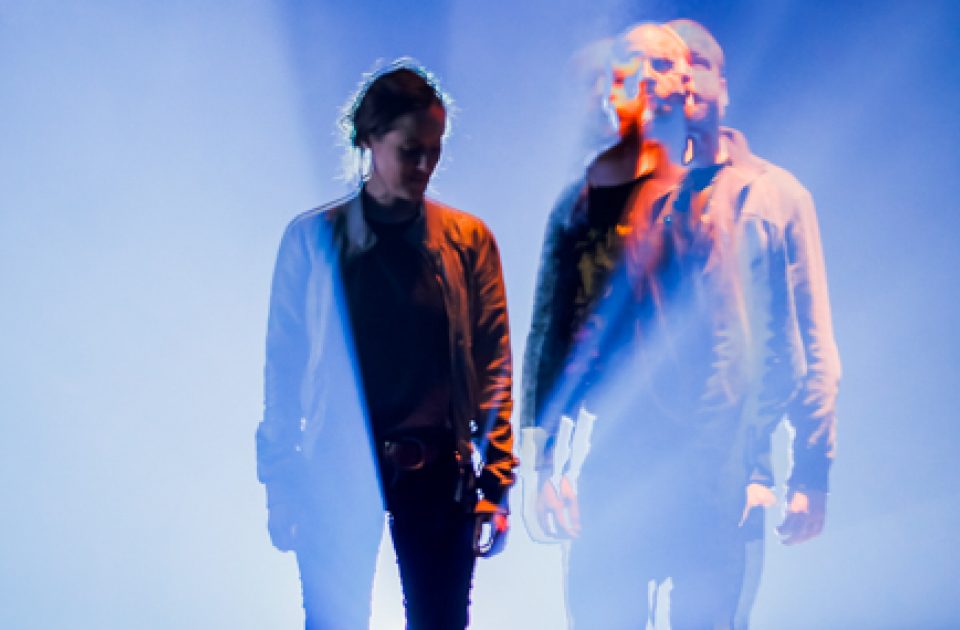 So where is all the original narrative fiction in VR?

The simple answer almost definitely comes down to: money (obvs, always *sigh*). Narrative fiction is expensive to create. And when you lob in the prospect of original narrative fiction to the mix… well, the phrase “how will we find an audience?” suddenly becomes a reason to say no, rather than the everyday work of marketing anything.

But stories are a crucial part of how we understand the world and our place in it. So isn’t it dangerous to limit ourselves to familiar narratives, existing structures and known universes?

One result of being focused on ‘selling product to our audience’ is that diversity of any sort is deemed hard to sell, so gets marginalised. It’s why most major theatre programmes prioritise adaptations or classic plays (and why most of their audiences remain rich white old people). Lisa Nakamura describes its effect on digital industries:

"Racism and sexism were folded into the seemingly inevitable price of technological progress, and the routine harassment of women and people of color were viewed as collateral damage, if it was viewed as damage at all. Instead, the digital industries’ disinterest in addressing the hostile climate for non-white, non-straight men both in their companies and on their platforms was a sign that everything was right on track. For a company that devotes time and energy to addressing diversity is by definition a company that is not product-focused." Lisa Nakamura, Feeling good about feeling bad: virtuous VR and the automation of racial empathy.

One of the great opportunities of storytelling is as a social-cultural-political space to rehearse scary/hopeful/unthinkable possibilities. To make change imaginable as a lived experience. Not just to ask the What if? question; but to actually play it out.

What if we were to value stories as a cheap way to prototype futures? Hypotheses to test, as opposed to products to sell?

I guess I need to write that story and start testing it.

VR can create powerful transformatory experiences for so many more people. And ultimately, audiences are where the power and the value are.

There’s a common perception that artistic vision sits in conflict with what’s commercial. The classic comeback of course, is that George Lucas had to make Star Wars independently. The truth is of course, that sometimes it does and sometimes it doesn’t.

There is no clear business model for VR content as yet. As I understand it, most of the original content is funded by big brands who are essentially paying for fun adverts. It’s understandable, given that no-one knows how to make money from consumer VR yet.

It’s still early days for everyday VR. The technology and its accessibility is rapidly changing.

At the moment, audiences seem to be mostly tech-nerds and gamers. But VR can create powerful transformatory experiences for so many more people. And ultimately, audiences are where the power and the value are.

“From both social and commercial perspectives, we have to reach beyond those very important early adopters, and convince broader audiences that these magical, enriching digital experiences are simply too good to miss out on.” Catherine Allen, CEO Limina Immersive, in the Immersive Promotion Bible.

So whilst the business is still being figured out, whilst no-one knows anything about how to make money from it, maybe there’s a chance to genuinely try out new ideas, imagining broader audiences, multiple approaches to creating, and recognizing different types of value? Maybe there’s a chance to shape this emerging industry around these principles of broader, multiple, different?

I mean sure, capitalism etc.

But if we can plant some seeds…

Change happens. We know this. Humans are dynamic creatures. And ultimately, humans are in charge of economic systems.

Change happens. We know this. Humans are dynamic creatures. And ultimately, humans are in charge of economic systems.

I love how Mariame Kaba, organizer and prison abolitionist, talks about how art sits hand in hand with political organizing and change:

“It is about listening to feelings from our imaginations, right? Art can be uniquely situated for that. That’s why cultural work is an organic part of organizing, even when organizers don’t know it. […] [Artists are] there as the people to help us think through it. Why does this have to be? It doesn’t have to be like this. You can think of something totally fucking different. Why are you all stuck in the presentist moment? You can dream a future. We need that so desperately in the world.”

A slice of hope and a side of humour